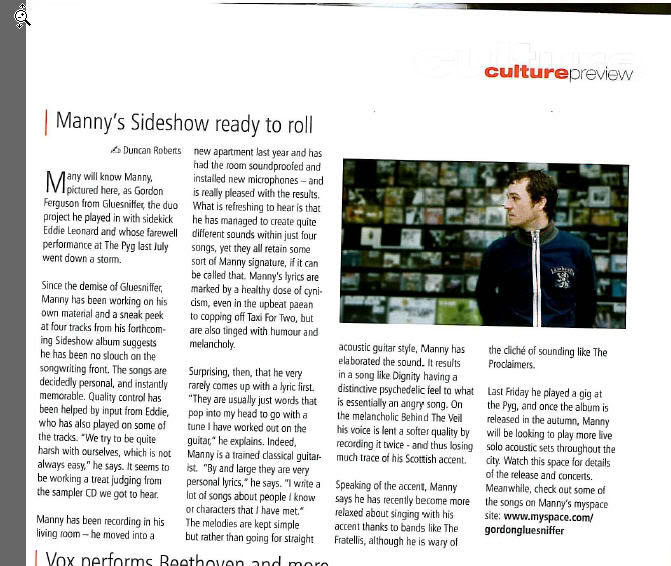 A review that was done for a gig I played in D:cliq, supporting Lucky Fonz III

“Manny G, Live at D:cliq shows Luxembourg’s favourite Scottish minstrel take his one-man show from the depths of the Clausen taverns to the heady heights of city centre gig’dom by supporting Lucky Fonz III on a fresh yet ever so slightly crispy October’s eve.

Far from troubadouring on and on about sensitivities, personal failings and all manner of emotional damage inflicted by others, our hero of the hour is not letting us out of here till we’ve surrendered to the tales of his own erections, overweight one night stands, cuckoo clocks and walking in the shoes of an alcoholic wife beater….. Vaudeville and variety!!!

Tonight’s show is largely an airing of the album ‘Sideshow’ stripped bare and shifting the focus on to the lyrics. Manny is often without reserve, occasionally crude but not overly so, it’s all the more obvious in tonight’s show that the lad knows how to pen an urban tale with just enough brutal honesty and wit to amuse, but not cross the line from entertainment to cabaret.

Trailblazing through a 12 song set to a smallish crowd who had enough nuance to appear Manny hits the comfort zone around the third or fourth track. On the scale between victory and defeat, the too cool for skool brigade will be back for more. Game, set and match.” 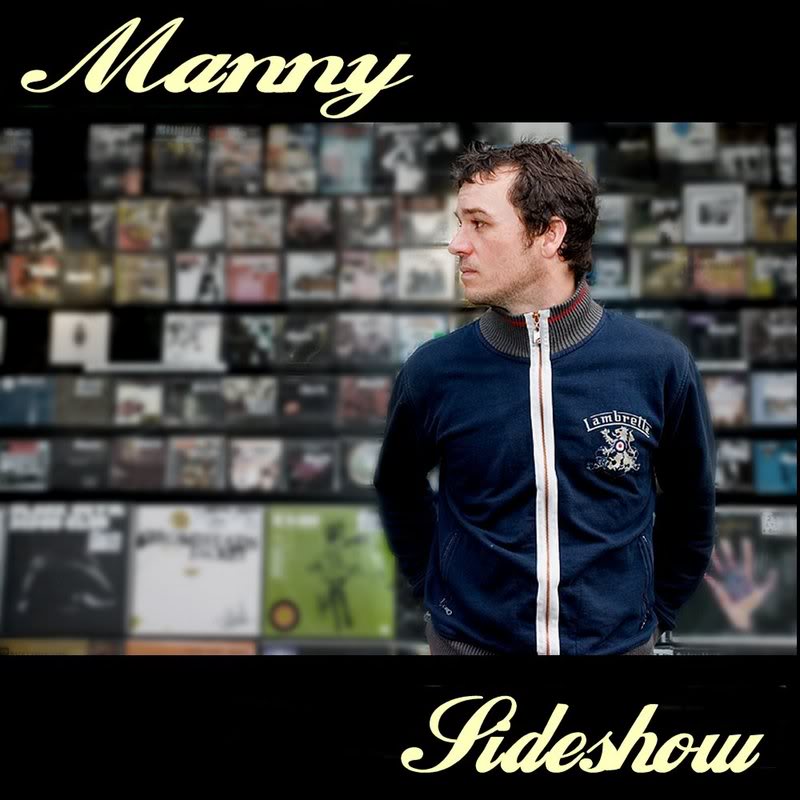